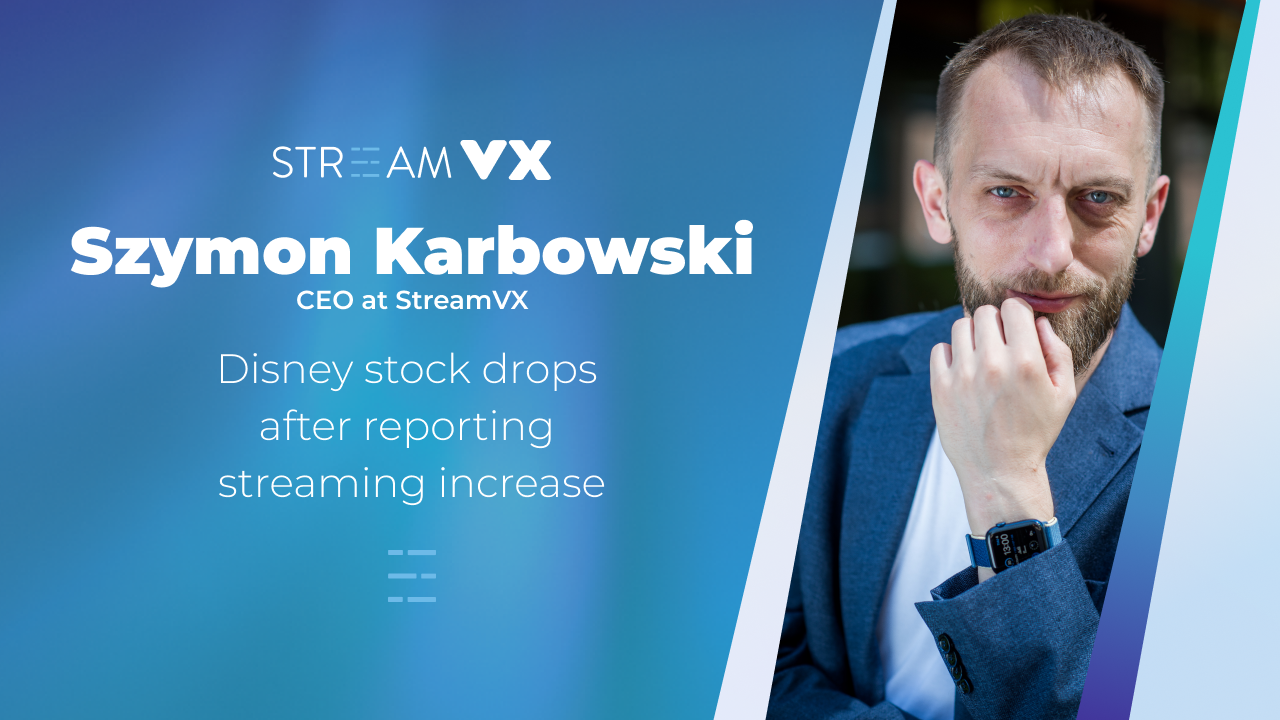 Why have Disney shares dropped, after Disney+ announced better than expected subscriber numbers?

Disney shares dropped 13.16% last week to – its lowest level since March 2020 and the beginning of the COVID-19 pandemic. Disney stated that their operating loss for its streaming division stood at USD 1.47 billion for Q3 2022, a YOY increase of USD 800 million. The reasons for this, according to the company, were down to losses incurred by Disney+ and ESPN+, worse than expected financial results from Hulu, and a 5% revenue drop from Disney’s linear TV services - pay-TV and broadcast. Bob Chapek, CEO of the company, said that Disney+ is going to achieve profitability in 2024, assuming there is no more unforeseen economic disruption.

But what worries me more is that Disney forecasts operating earnings in 2023 will see only single digit growth, which is in stark contrast to the previous forecast of 25%. This clearly means that losses from Disney’s streaming operations may be even higher than previously anticipated. When you add in the fact that the company’s linear TV business is on a downward trajectory, this situation is becoming a major issue for “the House of Mouse.”

A recently leaked memo reveals that Disney is planning to freeze hiring and cut jobs, as many other tech companies do in order to brace a possible economic downturn. "While certain macroeconomic factors are out of our control, meeting these goals requires all of us to continue doing our part to manage the things we can control - most notably, our costs," Chapek wrote in the memo.

Is there any good news? Well, all three streaming services - Disney+, Hulu and ESPN+ exceeded market expectations in the last quarter, which was mainly down to a significant rise in the number of overseas clients. The company has more than 100 advertising contracts signed, but the results won’t be known until the company announces its results for 2023. Disney is planning to increase average revenue per account by introducing ad tiers as of December 8th. The ad-supported plan, Disney+ Basic, will initially be launched in the US market for USD 7.99. The regular service, now named Disney+ Premium, will now be USD 10.99, a 38% hike.

I always say it is all about the content and its distribution. Disney has them both, so despite the macroeconomic challenges of current volatile market conditions, “the House of Mouse” still has the best opportunities to win the streaming platforms battle.

Follow my profile @Szymon Karbowski to stay up-to-date when it comes to industry news, technology updates, and market analysis. I share my expertise regarding Pay TV operators, broadcasters, content providers, telcos, and MSOs.

Book a demo to see vxOS in action!

There’s more to see. So why not contact us so that we can show you what vxApps can do.

After all, there’s probably no time to waste. So complete the form to have the opportunity to work for a dynamic company and its cutting-edge technology of the video industry!

With a demo you get:

Thank you! Your submission has been received!
Oops! Something went wrong while submitting the form.